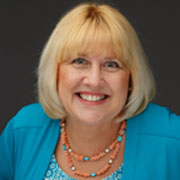 Janet Lienhard has been a computer trainer since 1984 and has owned her own training, consulting and programming company since 1988 (Lienhard Consulting Group). She specializes in Microsoft and Adobe programs and is known for her easy to understand approach to computer training.

In 2012, Janet started the online training company - Virtual Instructor (www.virtualinstructor.com) at the request of the Director of Staff Education and Development at the University of California, San Diego.

Janet is also a Visual Basic programmer and has developed numerous Access databases for clients including the military, private business and universities. She also has an extensive background developing applications using Visual Basic for Applications (VBA) for Word and Excel. Janet also has extensive website programming experience in PHP, MySQL, JavaScript, JQuery, HTML and CSS.

In addition to training, Janet has over 30 years of experience developing computer training courses and training manuals. In 1986, Janet was hired by the San Diego office of Price Waterhouse to computerize the office and train the administrative staff and accountants on how to use computers and software programs such as Lotus 123. She was one of the first 10 Word Perfect Certified Trainers in the country and has been a member of Microsoft’s MSDN and Action Partner program since the late 1998.

Janet is an expert in the following programs: